VVS Board of Trustees

The Verde Valley School Board of Trustees is the governing body of the school.  The diverse group comes from a broad cross-section of the country and is comprised of former students, parents, faculty, local Sedona residents and people from across the country who have skills and values aligned to the school’s vision.
At Verde Valley School we welcome individuals willing to serve on the Board of Trustees, in particulars those who possess a specific skill set, such as financial, business, legal, or fundraising skills.

The Board of Trustees is composed of not less than nine nor more than eighteen members. Board members serve a term of three years, beginning July 1. Board members are limited to three consecutive terms of three years (except the immediate past president, who serves no less than one year past the end of her or his term). Board members must attend eight telephonic board meetings per year and two on campus meetings. On campus meetings are held in January and June. The Board of Trustees works closely with the Head of School, and the relationship should be one of trust and transparent communications. It is not the role of the Board to be involved in the day to day operations of the school, such as specific management, personnel, or curricular issues.

The Role of the Verde Valley School Board of Trustees

VVS Board of Trustees 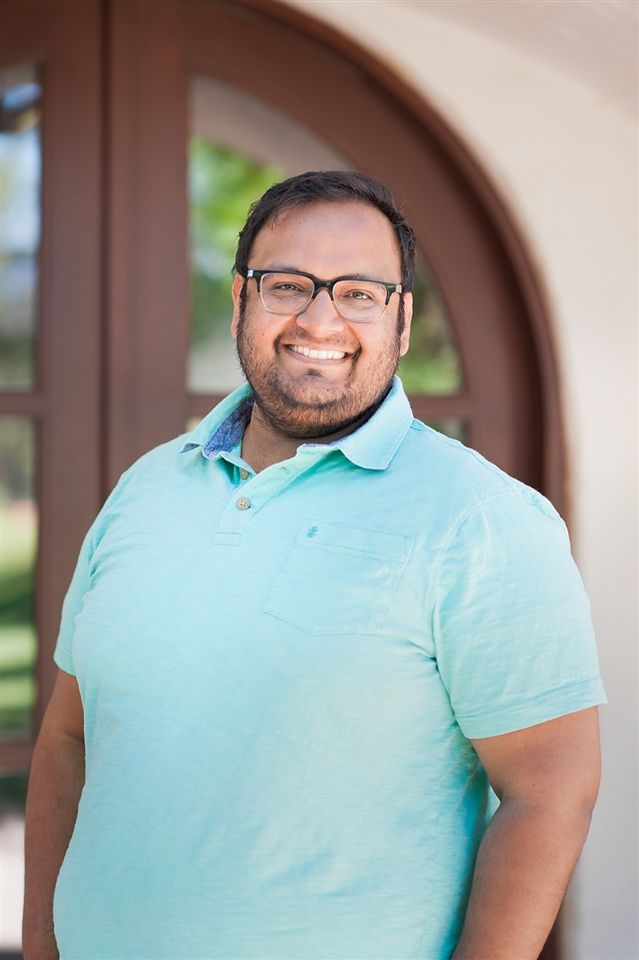 Akshay Agrawal has spent as much time in the IT field as he has tinkering with cars in the past 9 years. His latest venture is renting out cars on a car sharing platform. Akshay enjoys traveling, something that is probably a result of having lived in 3 different countries and 9 different cities. Him and his wife Mary take a lot of road trips along the east coast. In his day job, Akshay is a customer success manager for Flexera Software. His passions include cars and people, thus aptly named his latest venture, Cars & People. His goal with joining VVS is to increase young alumni engagement as the school moves into a phase of growth. Akshay graduated from Arizona State University with a Bachelors in Electrical Engineering. 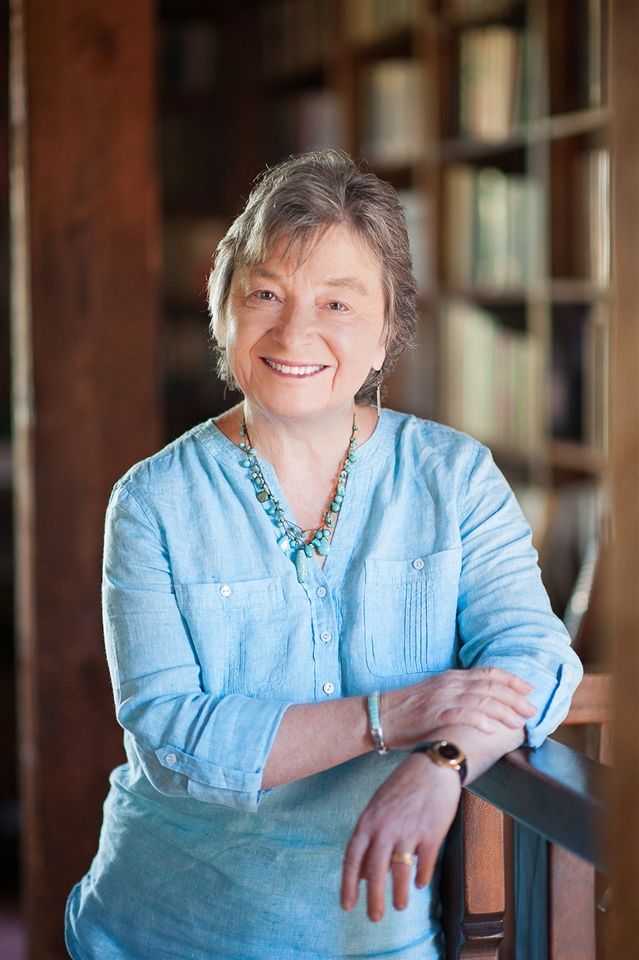 Board of Trustees & VVS Foundation Board President

Amie Rodnick is a 1971 four year graduate of VVS. She has two grown sons and lives in Austin, Texas, with her husband, Larry Smith. Amie graduated from the University of Texas at Austin in 1975 and the University of Texas School of Law in 1978. After obtaining her law degree, Amie spent five years working as an assistant attorney general practicing nonprofit law. For the past 30 years, she has been in private practice and currently limits her practice to mediation and collaborative law. She is board certified in family law by the Texas Board of Legal Specialization and holds the highest mediator credentials from the Texas Mediator Credentialing Association. In addition to her VVS board chair position, Amie serves on the board of directors of the Jacob and Terese Hershey Foundation, the Travis County Women Lawyers Scholarship Fund, and Jane’s Due Process. She has served as a past board chair of Meals on Wheels, Eanes Education Foundation, and the family law section of the Travis County Bar Association. In her spare time she enjoys travel, downhill skiing, and hiking. 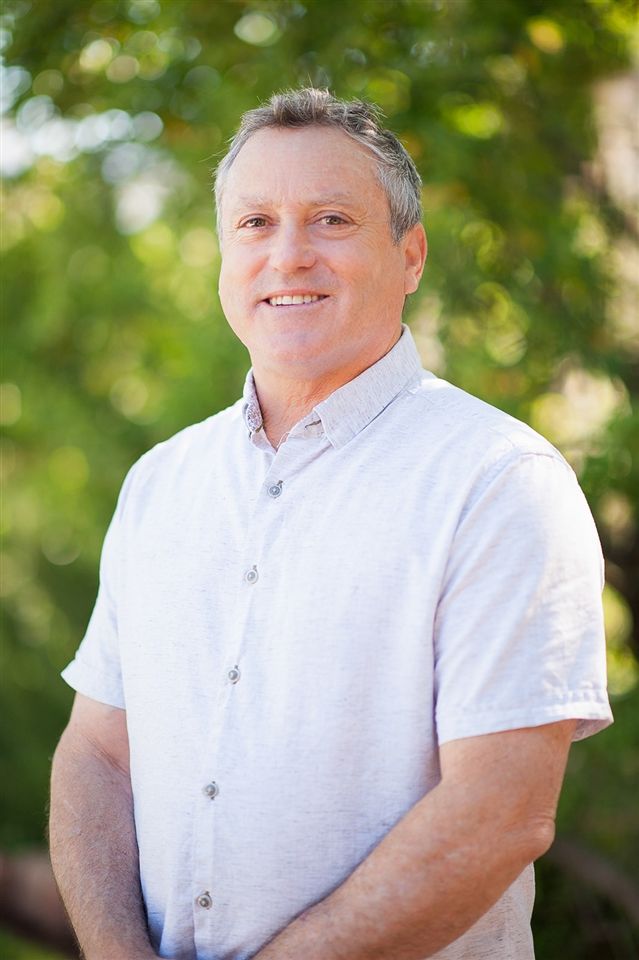 I hope to contribute to VVS as a board member or consultant as a means of giving back for all that it has done for me and my goal is to help with the building improvements for the school and enhance the VVS experience for students and faculty.  I found my passion for building early in life. I have been working in construction since 1977. I have been a general contractor for the last 39 years in both residential and commercial projects in my home town of Santa Rosa, CA. I have had the pleasure my having both of my sons work with me on their journeys to their own careers.  I enjoy active outdoor activities, mushroom foraging, home winemaking, cooking, and collecting Native American art. 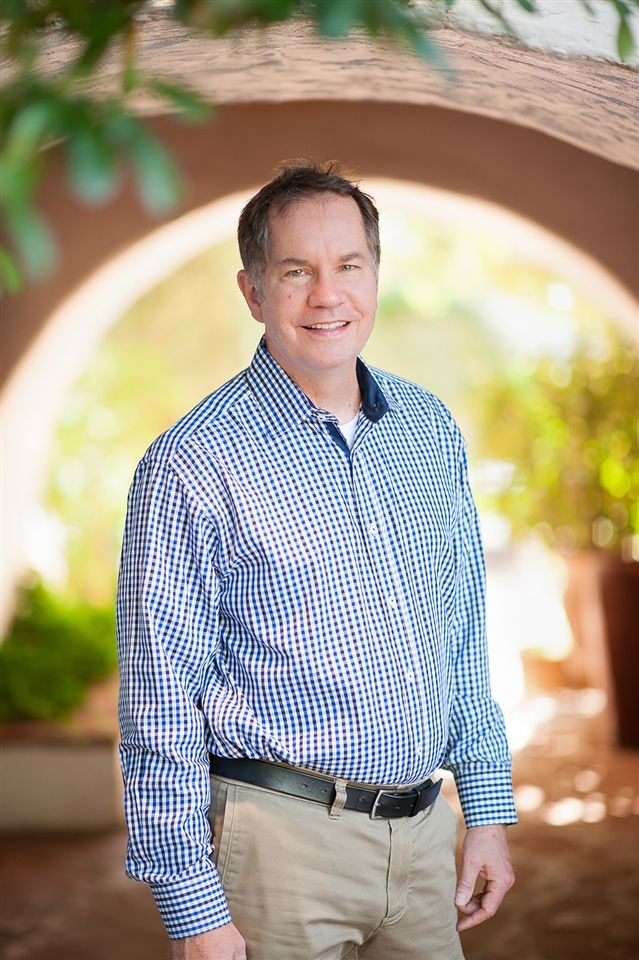 Eric Henze is a VVS alumni, class of ’82, and currently works for Microsoft as an executive consultant to Chief Technology Officers, CIO’s, and medical research teams on enterprise-wide digital transformational improvements. Working with the largest payors and providers in the US healthcare industry, his current focus areas are in predictive analytics for end of life and reduction of readmission, IoT for hospitals, along with deep learning and artificial intelligence within nephrology and early detection of diabetic retinopathy.
Eric recently completed his 10th book under his publishing company Gone Beyond Guides.  The book, Just Go Grand Canyon, offers up a rich description of everything to do within the Grand Canyon National Park along with side trips covering 25 neighboring parks and 10 cities.  His catalog contains several perennial bestsellers, including A Complete Guide to the Grand Circle National Parks.  Some of the proceeds are folded back into the national and state park systems.
Eric is passionate about helping VVS leverage technology without it being front and center, sharing that: “Technology is best when it just happens. It shouldn’t be a hurdle to overcome but instead intuitive.” Eric has a degree in Environmental Biology and Environmental Engineering, served in the Peace Corps in Ecuador, and lives in the Bay Area with his wife, two teenage boys, and an Australian Shepherd named Sedona. 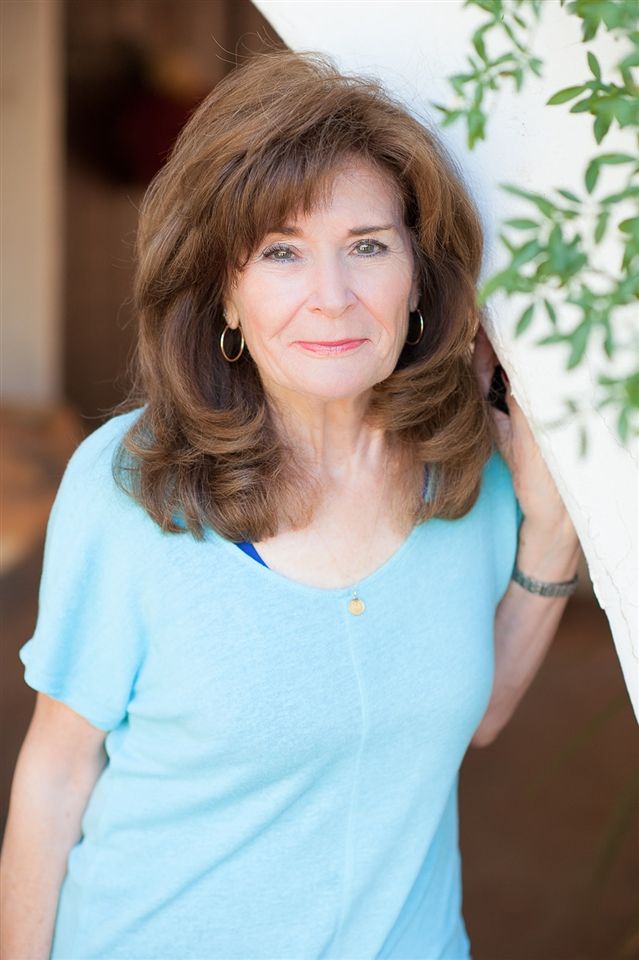 Secretary, Board of Trustees

Frances Hawley lives in Sedona with her husband, Randy Hawley, and their two four-legged dog children, Muffy and Kitty. She has been on the VVS Board for 2 years and is on the Governance and Finance committees and  chairs the Education and Services Committee.
Frances graduated from Texas Western College/University of Texas at El Paso with a B.A. in 1967 and North Texas State University, Denton, Texas, with a Master’s of Education Degree in 1975 and a Ph.D. in Administrative Leadership in 1981. After graduating with her B.A., Frances began her career in education while teaching in San Antonio, TX and continued in Oklahoma City, OK and Richardson, TX, where she became a district consultant and elementary principal.
During her tenures in Texas, she was active in the local and state principal’s associations, holding offices in both and chair of the local YMCA. She wrote and presented two of the modules in The National Elementary Principal’s Association’s Principal’s Academy and was active in national staff development, and curriculum and supervision organizations. Frances created and administered one of three year-round elementary schools in her district of 35 elementary schools.
Moving back to the Mid-west, Frances became a director of instruction and superintendent in two K-8 districts before retiring in 2006. During her career she presented staff development internationally and nationally in effective instructional practices, evaluation strategies, discipline and classroom management.
She and Randy moved to their Sedona home in 2013 where Frances serves as president of her homeowner’s association, editor of the newsletter, and is a committee chair. 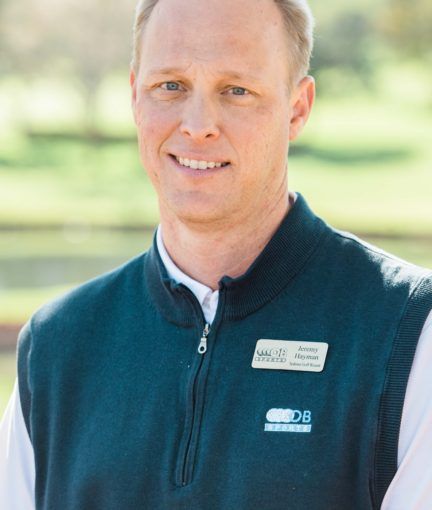 Treasurer, Board of Trustees

Jeremy Hayman has been the General Manager at The Sedona Golf Resort in Sedona, Arizona since 2010. Prior to being promoted to Sedona Golf Resort he worked for 5 years as the Head Golf Professional at Eagle Mountain Golf Club in Fountain Hills, Arizona where he started his career with OB Sports. He also worked for The PGA Tour at 2 of their Tournament Players Club Facilities. Jeremy has been a PGA Member since 2005 and also served on the Board of Directors for the Southwest Section PGA for 2 years. In addition to currently being on the Board of Trustees for Verde Valley School, Jeremy is also serving on the Board of Directors for the Sedona Chamber of Commerce. Jeremy is a Graduate of The University of South Florida where he received a major in marketing and another in finance. Jeremy is married to Dr. Jessica Hayman and they have a son Bodhi, and a black lab named Roscoe. Away from work Jeremy enjoys hiking, skiing and of course golfing. 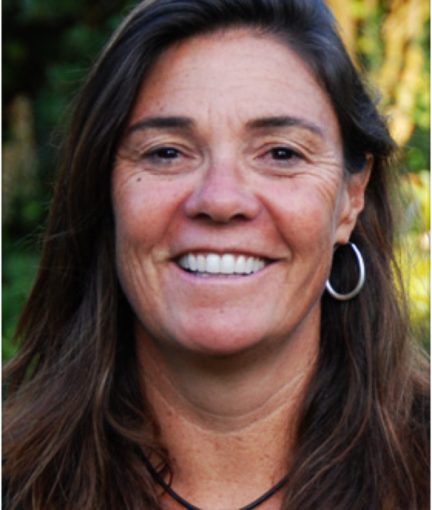 With over twenty years experience working with adolescents and their families, Melissa and her company Educational Pathways, have over twenty years experience working with adolescents and their families.  Her work focusses on offering a personal approach to navigating the best possible educational pathway for a child, whether in a more traditional school setting, therapeutic environment or wilderness program. As a counselor in drug and alcohol programs, residential treatment facilities, public high schools and outdoor education programs, Melissa clearly understands the turmoil students face today and the need for parents to stay committed to keeping their children on track. Melissa works face-to-face with families all over the United States, regularly tours schools and programs, and attends conferences in order to stay current with the various issues and special needs that affect students today. Melissa earned a M.A. in Counseling Psychology from the University of Denver and lives in Boulder, Colorado with her husband and two children. 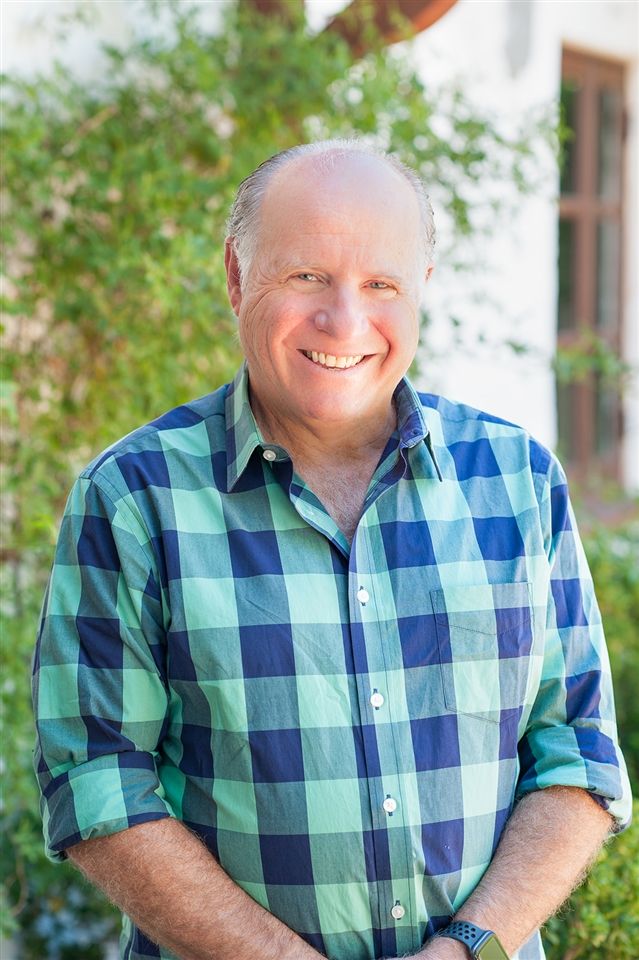 President, Board of Trustees & Foundation Trustee

Richard Greenberg is a father of four and the author of “Raising Children That Other People Like to be Around”. A native of Los Angeles, California, Richard attended Verde Valley School from 1967 to 1971. While at VVS, Richard learned the value of community, hard work, and intercultural understanding. Following Verde Valley, Greenberg graduated from UCLA with a Bachelor’s degree in English and immediately went to work as the personal assistant to Art Garfunkel. Choosing to stay in Los Angeles and marry his childhood sweetheart, Richard became active in the television industry while he and his wife, JoAnn, began building their family. Three sons and one gorgeous, intelligent, and flawless daughter later, the Greenbergs were regularly asked how they got “such good kids.” In response, Richard wrote “Raising Children That Other People like to be Around.” His objective was to offer logical, common sense guidelines for people creating their own families and to help young parents, especially mothers, understand a father’s point of view. 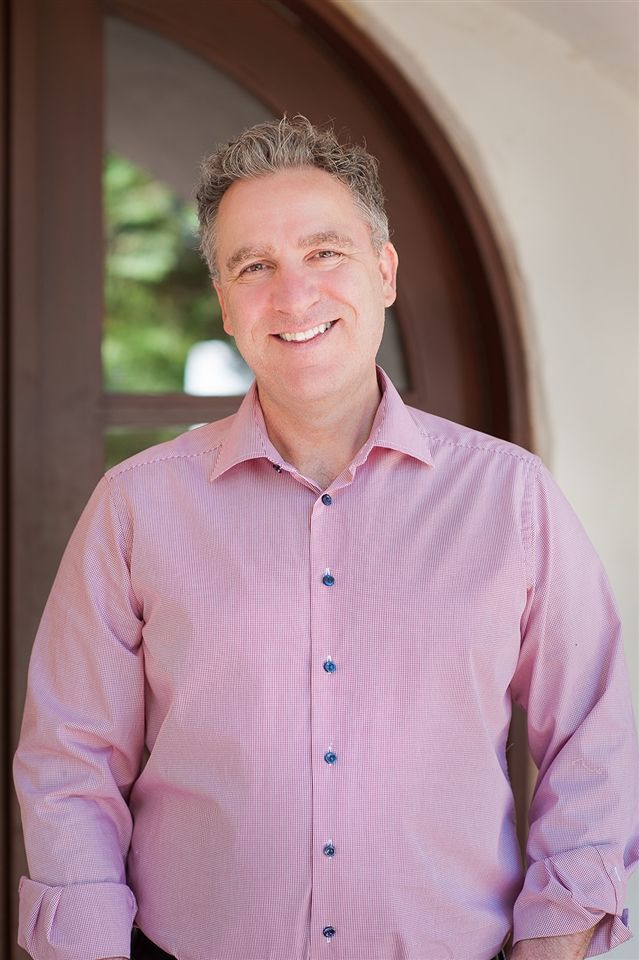 Shawn Krause grew up in St. Louis MO. He graduated from the University of Missouri, Columbia, where he earned a degree in Art and a Minor in Art History and Archaeology. He went on to study Character Animation at California Institute of the Arts (Cal Arts), and after a year continued on to his career at Pixar.
Shawn joined Pixar Animation Studios during Toy Story. He worked as an animator on a number of Pixar’s feature films including A Bug’s Life,  Toy Story 2, Monster, Inc., Cars, Finding Nemo, and The Incredibles.
Krause served as directing animator on the Academy Award®-winning feature, Up and as a supervising animator on Disney•Pixar’s Academy Award®-winning feature Inside Out.  He is a member of the Academy of Motion Picture Arts and Sciences.
Shawn is married to Hamilton and Babs Warren’s granddaughter, Fiona. They currently live in the San Francisco Bay area with their two young children. 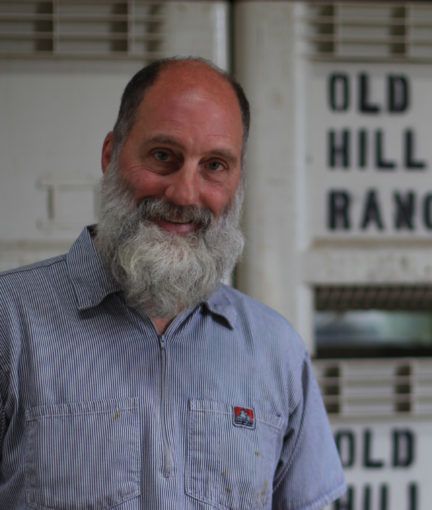 A 1980 graduate of Verde Valley School, Will has been a vintner for over 25 years, working in France, Australia, Sonoma, Mendocino and Oregon. After VVS Will went on to study enology at UC Davis.  Upon his graduation he traveled to France for an internship at Chateau Lafite Rothschild – interestingly enough, Will’s first birthday present was a bottle of 1961 Chateau Lafite Rothschild. Will also worked in Australia at Thomas Hardy and Sons, and then in Mendocino at Navarro winery. In 1992, he moved to Oregon to become winemaker for King Estate Winery. In 2000, at the insistence of his brother Ted, who was managing both family businesses ~ Oak Hill Farm and Old Hill Ranch ~ he moved back to California to live on Old Hill Ranch, manage the vineyard, and help found the family winery.